Going along with AI

Artificial intelligence made big news a few years ago for beating the world’s number one ranked Go player. Developed by Google, the computer program called AlphaGo was able to defeat the (arguably) strongest Go player in history. The board game Go originated in China over 3,000 years ago, and while AI might not be quite that ancient, it is older than most people realize. The term was coined in 1956 at a conference at Dartmouth College, but the ideas behind machines that could think on its own were sprinkled throughout time. For example, a programmable digital computer was invented in the 1940s. Even before that, Greek mythology includes the idea of Talos, a type of robot giant made of bronze meant to protect the island of Crete.

It seems the last 70 years have been a time of rapid evolution for artificial intelligence. Around the 1950s came the idea of programming computers to play chess. Over the years, AI has gotten much better at playing (and winning) the game, so much so that it has become a standard for measuring the progress of AI. In 1997 artificial intelligence made history when IBM’s DeepBlue beat a world champion chess player. Nearly twenty years later, AlphaGo received its victory with the much more complex game of Go.

What exactly is AI?

Most people have an intuitive idea of what artificial intelligence means. However, some of the details might be lost in translation if more people understood what exactly AI encompasses. It is common knowledge that the goal of AI is to simulate human intelligence within machines and/or computers. Modernly, it is widely accepted as a branch of computer science and most people know that the machines are programmed to do tasks. But the predominant idea in most people’s minds comes from science fiction, where robots have human-like characteristics.

In modern times, artificial intelligence has several types: “weak” (narrow) AI, “strong” (general) AI, and artificial superintelligence. These mainly refer to the different approaches we have taken to simulate human intelligence. Weak AI includes programs such as popular voice assistants. They operate by recalling predefined rules like how humans follow rules, such as “if the light is red, then stop.” While every computer will always stop when the light is red, humans do not always follow the rules exactly. An ambulance driver might choose to go through a red light in an emergency. Using rules such as this is how we have been able to program computers to play games such as chess or Go. 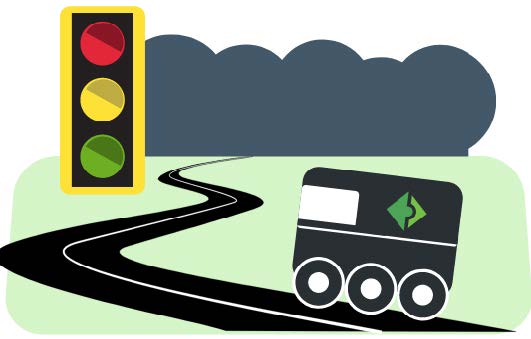 Strong AI is the hypothetical capacity for a computer to function on the same level as a human brain. In theory, it can learn and make decisions on problems it has never seen before. This is more like the AI we see in science fiction, such as C3PO, Data, or Hal 3000. Right now, programs with weak AI emulate this by using statistics and probability. They take in a lot of information and calculate decisions based on the resulting probabilities. For example, if a computer had the data that someone visited the same coffee shop every morning, then it would calculate that there is a high probability that trend would continue.

The last type is artificial superintelligence whereby computers surpass human intelligence. We can only theorize what that might mean, considering a computer would be able to think beyond the capabilities of a human brain.

With millions of people turning to apps for driving directions every day, it is no surprise that artificial intelligence has a role in route planning. Much like telling a computer that a red light means stop, humans have built programs that deal with all facets of the road. One of the booming areas includes finding the best routes for multiple courier vehicles to deliver packages to final destinations, such as people’s homes. This is referred to as last-mile delivery. When a company has many vehicles and lots of packages, finding the most efficient routes becomes an exceedingly difficult task. Fortunately, with technology and artificial intelligence, technology can solve this much better than humans can cutting costs.

Interplai Direct aims to push the boundaries even further. Considering things such as location, pick-up or drop-off, amount of cargo, and timing, it is not only able to plan efficient routes, but also give companies a role in the decision-making process. It provides the route planner using Interplai Direct an idea of how confident a given route is optimal. This way, when using vehicle route optimization software, a company can take the last leg of the race in intelligent decision making. A number is given to represent how confident the AI software is about the route it provides based on multiple factors. This confidence factor is unique to Interplai Direct and combines the best of AI and human intelligence.

For more information or to contact Interplai please email at: contact@interpl.ai

Collaboration is at the very heart of  Interplai. We are looking to use software, robotics and autonomous vehicle technology to solve a big problem by facilitating collaboration in new ways at every step along the way.  Let’s Work Together.

How To Avoid Packages That Are “Two Weeks From Everywhere”: Last-Mile Delivery Solutions

In the Coen Brother’s film O Brother, Where Art Thou, Ulysses Everett McGill is on the run from the law and hoping to return home

We spoke with a longtime delivery driver about common frustrations when making deliveries. After this conversation, we realized all these frustrations shared a common thread:

How can Interplai help your business? 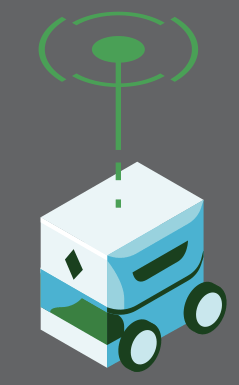